The land which includes Huntington Beach was in the Spanish land grant, Las Bolsas, given to Manuel Nieto in 1797. Later it was part of the Stearns ranch holdings which were dissolved during the 1880’s land boom as farms developed on the former range land. Some of these early farmers settled at several locations in what is now northern Huntington Beach, Westminster, and Fountain Valley. Post Offices were established, schools and churches built.

In 1902, a group of farmers and investors decided to build a residential/resort community on the bluff above a popular Shell Beach. Spurred on by the success of Atlantic City on the East Coast, they named their venture “Pacific City.” Although the boom of the 1880’s was long over, the entrepreneurs hoped to capitalize on a new one developing in coastal resort cities like Long Beach and Newport Beach. However, the first speculators did not have the resources to carry out successful promotion. Soon they sold to a group of Los Angeles businessmen, ultimately including Henry E. Huntington. Huntington was expanding his Pacific Electric Railway then and was ready to bring it into coastal Orange County. On July 4, 1904, the first Red Cars of the Pacific Electric rolled in to the new city and its name was changed to Huntington Beach.

Large homes had been built along the ocean front earlier, representing the choice residential neighborhood. Now this section expanded inland between 17th and 23rd streets. As the oil field behind the neighborhood became defined, speculators and residents realized that there was probably oil there too. Bowing to public pressure, the City Council agreed to allow drilling of this “town lot” area in April of 1926. Within a short time some 300 dwellings were moved, some as far as Fullerton, old-timers say, to make way for the oil rigs and production equipment.

A third strike in 1933 had world wide impact because of the new techniques it demonstrated. Up until that time, drilling had been on he near-vertical, directly over an oil pool, With the invention of controlled directional drilling, first used successfully here to tap the tide land pools, a well could be drilled on a slant, in any desired direction. Within a year, 90 wells were producing from tall rigs along the coastline. These bobbing pumps remained the symbol of coastal Huntington Beach for many years and were frequently used as background for movies, including “Giant.” Now, most are gone or masked by plantings.

A final oil strike came in 1953. This was near the old commercial area, and resulted in removal of another, more modest residential area.

Drawn by good land and water resources, a few industries, including the Holly Sugar Refinery, Huntington Beach Broom Factory and La Bolsa Tile Factory, had developed to provide jobs for the resort’s residents before the discovery of oil. But, as the oil field activity spread in the industrial area, north of the city limits, most original industries moved away or converted their operation to oil. This meant that the city was economically dependent of the petroleum industry and the beach recreation business.

Completion of Pacific Coast Highway in 1926 made the city more accessible by auto, increasing its popularity as a way stop for Mexico bound tourists. By the mid 1930’s, the City of Huntington Beach had acquired this beach stretching from the pier to Beach Blvd. Later state beaches were developed on both sides of it, creating some 8.5 miles of nearly unbroken beach.

The immediate residential post World War II boom had comparatively little effect on Huntington Beach because so much of the surrounding land was in active oil production or agriculture use. But in less than a decade, land values had increased dramatically in Orange County in response to the housing demand, and outlying farms were sold for development. In 1957 Huntington Beach annexed a great deal of land between the original city and the proposed San Diego Freeway on its north and east. The city’s population mushroomed near the freeway, separated from the traditional one by the oil fields. Industrial and commercial areas developed for the convenience of the new neighborhoods while the older areas remained the same.

In recent years the oil fields have been cleared of unsightly old rigs and operations consolidated so that the land can be used for other purposes. Many substantial single and multi-family structures have been built on the 1926 “town lot” site and more new development is planned for the area.

Currently, the focus is on rejuvenating the original commercial district through the efforts of a Redevelopment Agency program. This survey study has concentrated on that portion of the original city included within the present redevelopment boundaries in order to emphasize the historical significance which remains within the area. It hope to encourage incorporation of outstanding reminders of the city’s past within the redesigned downtown. This inclusion will help residents understand the history of their community and generate a heightened sense of pride in their home town.

If you wish to rent a 12 or 15 passenger van for your trip to Huntington Beach, our passenger vans are easy to reserve. 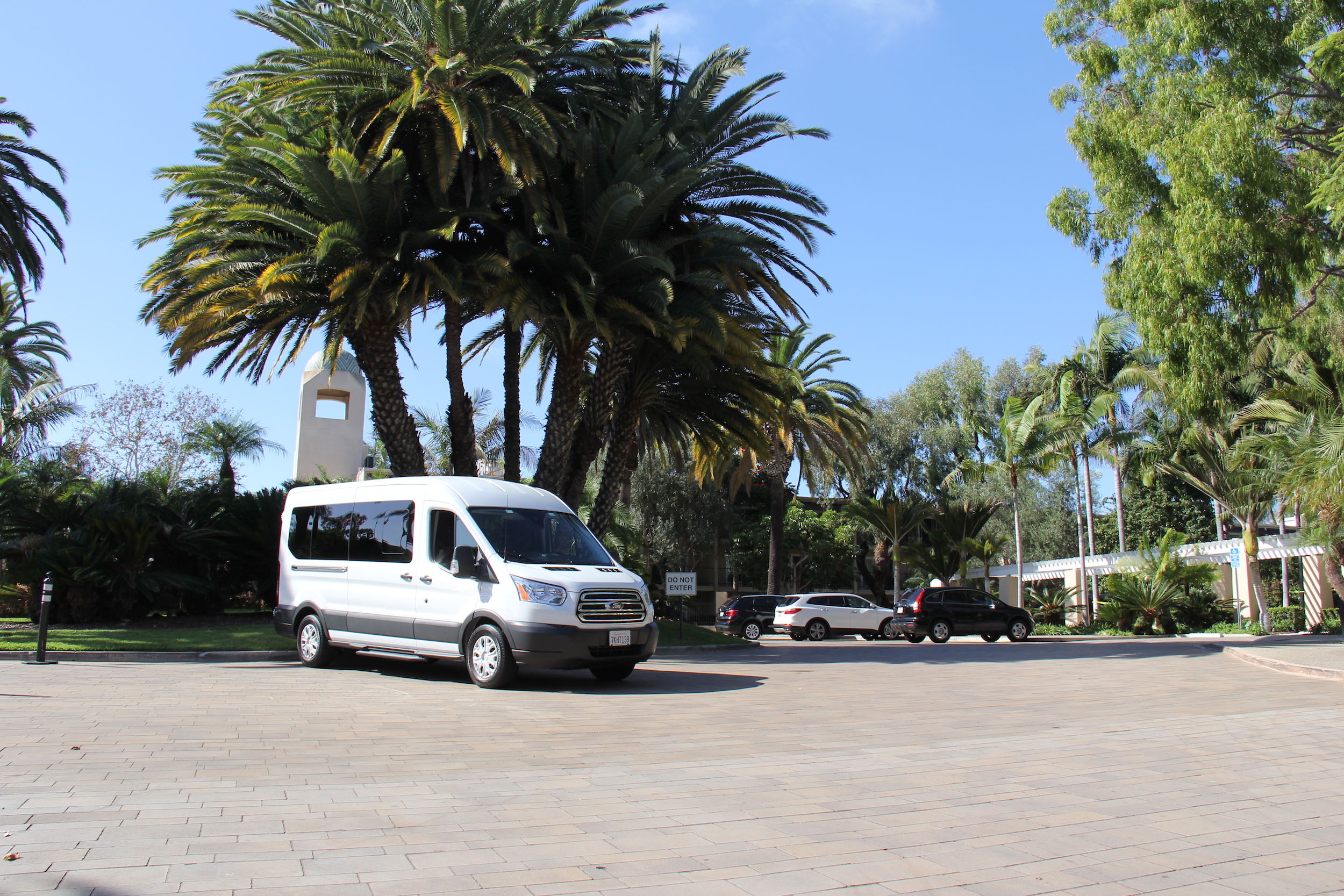 For more information about the city of Huntington Beach, please visit their website here.