The name Yorba dates as far back as 1769 when Jose Yorba was part of a Spanish expedition exploring the area now known as Orange County. In 1809, Jose Yorba petitioned the King of Spain for a land grant and was awarded 62,000 acres of land which came to be known as Rancho Santiago de Santa Ana.

Nearly a century later, (1907), Jacob Stern, a Fullerton resident and owner of portions of the former Yorba lands, sold a large area to the Janss Corporation. The Janss Corporation subdivided this property and named the new town “Yorba Linda”. “Yorba” after the early land grant family and “Linda” meaning pretty in Spanish. The Janss Corporation began selling its Yorba Linda subdivisions emphasizing its agricultural potential and offering parcels of land for $150 an acre.

Early residents came to Yorba Linda with the intent of operating small farms. These families came between 1910 and 1920 and constructed numerous ranch houses, and planted citrus groves; Yorba Linda began as a community of hard-working citizens. The construction of the Pacific Electric Railroad line between Yorba Linda and Los Angeles established an important transportation link; Yorba Linda growers could now easily get their produce to a major produce market. Soon after, two packing houses were built adjacent to the railroad station and the center of the community had begun.

A View of Olinda Street, Circa 1920 Larger View

During the twenties, Yorba Linda continued to grow and prosper while agriculture remained the mainstay of the local economy. Several new commercial structures were built on Main Street but the overall character of the town remained primarily agricultural. The Depression of the 1930’s brought an economic slowdown to Yorba Linda, but the population remained stable. The citizens of Yorba Linda weathered the economic hardship with its agricultural economy remaining productive.

During the post World War II era, Yorba Linda retained its small town character. It was not until the 1960’s that Yorba Linda began experiencing the tremendous population growth which the rest of Orange County had been experiencing for the previous two decades. Yorba Linda, once a small agricultural community of approximately 4,000 people, began its transformation into a modern community with incorporation occurring in 1967.

If you wish to rent a 12 or 15 passenger van for your trip to Yorba Linda, our passenger vans are easy to reserve. 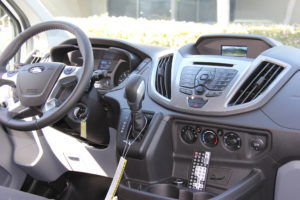 For more information about the city of Yorba Linda, please visit their website here.